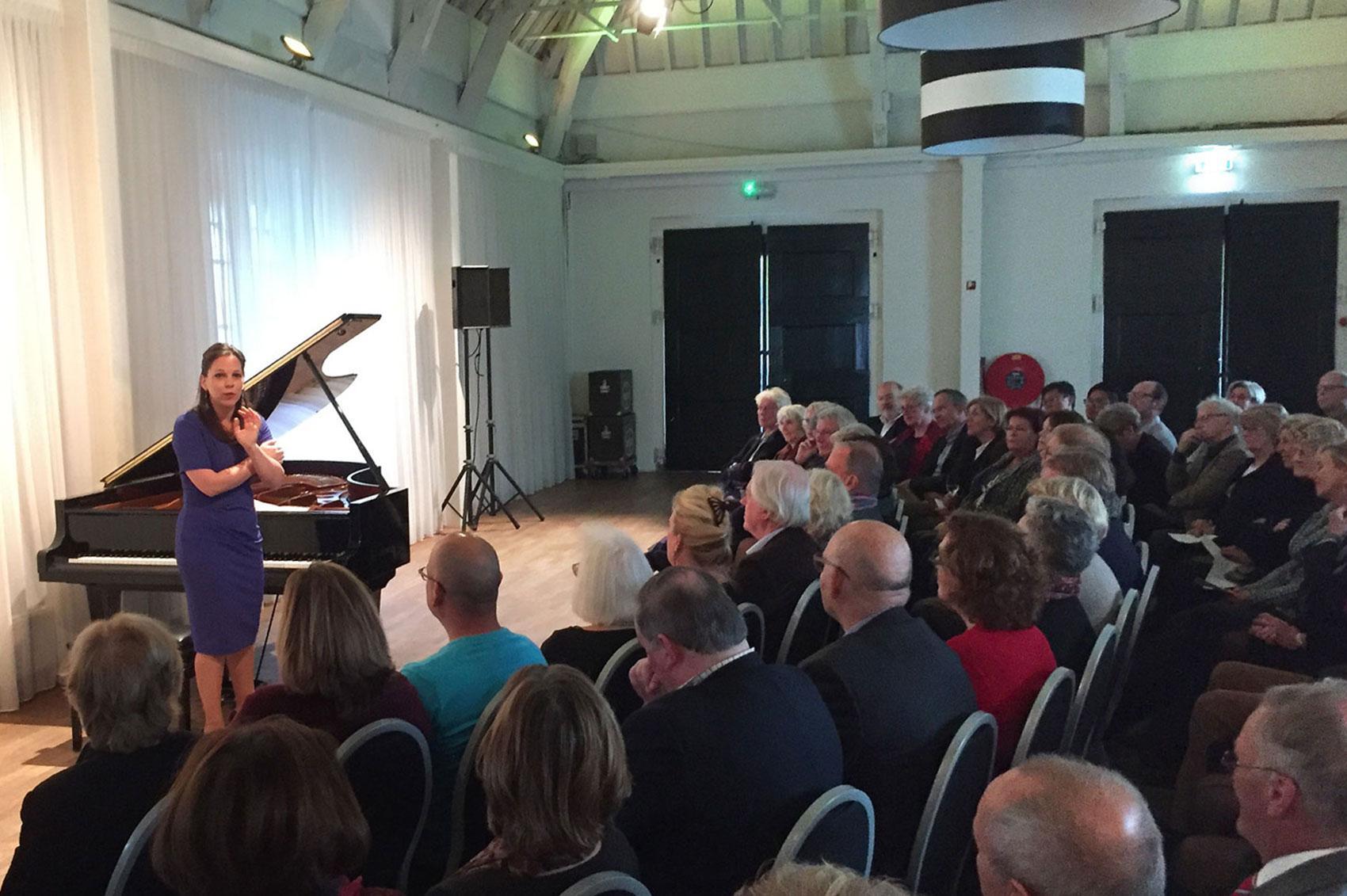 On Sunday October 25th, 2015 Daria van den Bercken gave a benefit concert in the theatre of the Arsenal in Naarden with support of our foundation.

Daria is an enthusiastic pianist who likes to take her audience into her world of music that she is currently performing. Recently she has devoted herself to the work of Mozart. In the beginning of 2015, a CD of her has come out, ‘ Keys to Mozart ‘.

Daria’s ambition is to make people listen to music in a different way. To achieve this goal she has made a short film that supports the project ‘ Keys to Mozart ‘. This film was also shown at the concert in the arsenal.

Our Foundation found these activities interesting enough to support Daria.

The concert was well attended by more than 90 guests.